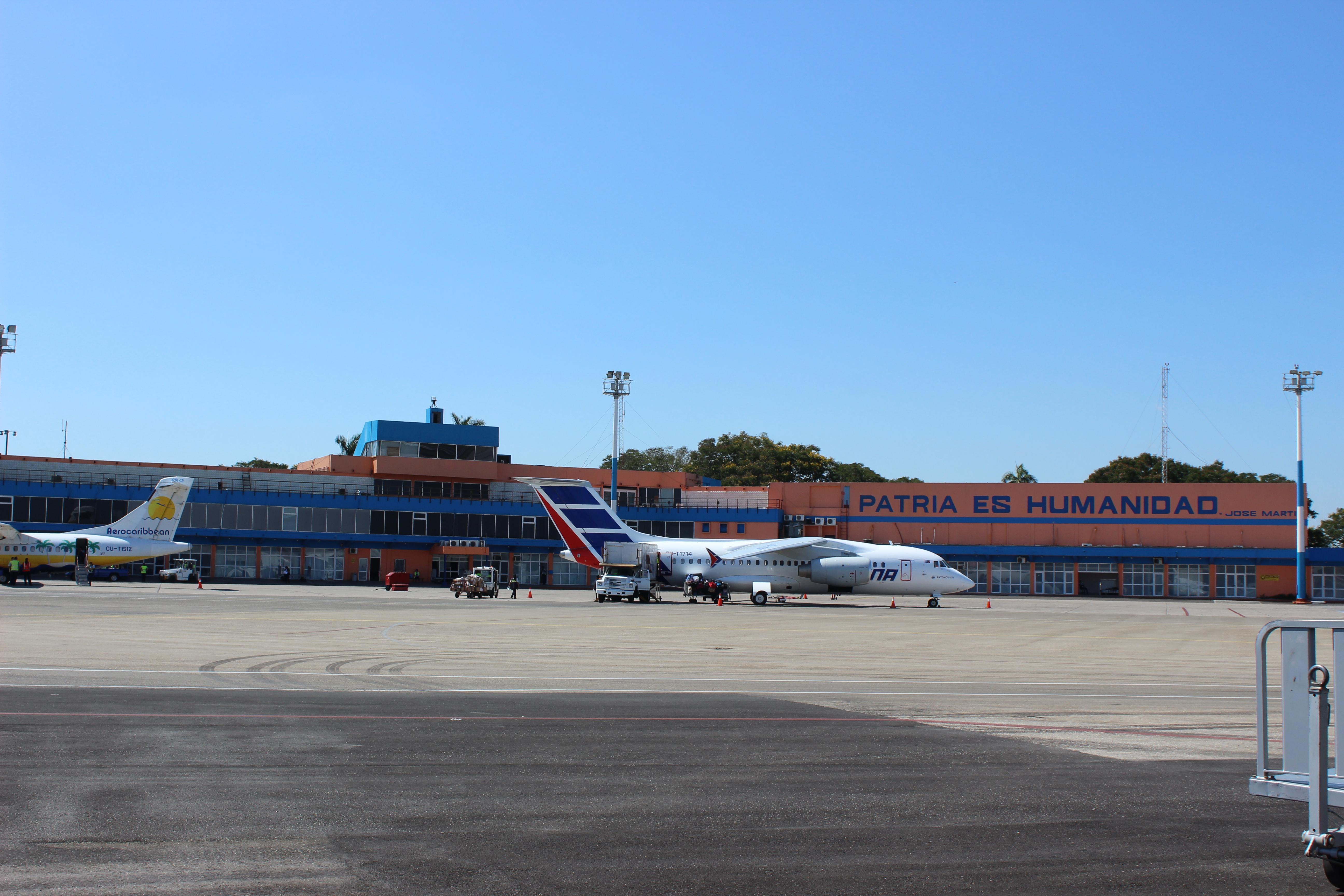 I was nervous the day before my departure, really nervous.

Now that I was in Tampa staying with my brother for a couple of days until I left for Havana, all that was left was going to the charter company to buy my ticket.

I had already changed most of my U.S. dollars into euros at the mall in Tampa. This way I’d save paying the 10 percent penalty the Cuban government charges for changing U.S. dollars into their tourist currency, the CUC or Cuban convertible peso. The Cubans also levy a 3% financial transaction charge so you lose 13 percent right off the bat.

If you plan on going, take euros.

I had also called my Cuban aunt, the last relative to leave Cuba in the Mariel boatlift in 1980, to tell her I was going to Cuba. Big mistake.

“Estas loca? Are you crazy?” my Cuban aunt, yelled into the phone. “You have a kid, everything to live for, why would you go to Cuba and go alone? You think it’s a romantic adventure but you have no idea what it’s really like.”

Of course, she was right, I had no clue. Yet, here I was, walking into an unassuming travel agency in Tampa. I needed to pay for my airline ticket to Havana for the next day, in person and in cash.

The Cuban lady’s overprocessed blonde hair was all I saw behind the counter, as her head was bent down while she filed her long red nails.

“You can pay $40 extra to sit in first class, if you want,” la señora said. “Of course, you know, Cuba is socialist, so I can’t guarantee you what kind of seat you’ll get coming back.”

For $40 I decided that I would satisfy my curiosity and see what a first class ticket to Cuba would get me.

“Where’s your U.S. license, we need to see it that, too,” added the young man who came out from the back office.

This is where my speaking only in Spanish at the travel agency worked to my advantage. Realizing many Cubans love to debate and knowing Cubans could legitimately visit relatives as one of the allowed categories of travel, I launched into my “attestation.”

“I’m visiting family, I don’t need it for that,” I said, looking at the older señora for backup. After all, I had complimented her manicure just moments before.

The señora and young man argued for a few long minutes while the sweat secretly dripped inside my blouse. Satisfied, the young man shrugged, then stamped my ticket, took my money, and gave me my first class ticket to Jose Marti International Airport in Havana for the next day.

I had been focusing on the details of the trip up until my drop off at the Tampa airport. For months, I had been researching Cuba, designing itineraries, reading about dual Cuban currencies, booking online with different casas particulares for rooms I’d rent from Cubans directly for lodging I’d need at each of my stops.

There was still so much I didn’t know and couldn’t even guess what I was missing. But there were things I did know because of the emails I got from Ed.

“Don’t bring anything electronic, nothing with an operating system,” Ed had warned me. “Leave your cellphone and computer at home or they’ll get infected with spyware you will never be able to remove. You might as well throw your electronics away.”

I was a newly unemployed defense analyst possessing a current Top Secret clearance. I was from an all-Cuban family, yet did not list any Cuban relatives to visit on my form. I was traveling across Cuba for two weeks as a tourist, but I was coming without my husband and son.

To the Cuban government I was first and foremost a U.S. born government defense analyst who had had access to classified information. Ed cautioned me that I’d be deemed a “person of interest” by the Cubans.

A capitalist with a first class ticket to Havana, no less!

I embraced my brother who had dropped me off at the Tampa airport and for a fierce moment on the airport departure area sidewalk, I felt it— pure, sudden fear. Fear of going alone and traveling across Cuba in what my relatives had assured me was a country hostile to people like me, without a cellphone, computer, access to Wi-Fi, or even the ability to use a U.S. credit card.

Going off grid in Yosemite National Park is one thing. Going off grid in a Communist country is a whole something else. There would be no call or text home to let family know I had arrived safely. Everyone would have to wait until I got to Ed’s house and used his computer to send an email, assuming of course that he had internet service.

When it came time to board the chartered plane, I admit I was curious about first class. The coach section was only one-third full of curious passengers —all Cubans—wondering who would waste $40 to sit in front on a half-empty plane.

The only other passengers in first class on the time-worn plane were an older couple, the Cypriot ambassador to Cuba and his wife. Both were enthusiastic about their four-year stay in Havana.

“We love it, everything is such a bargain,” the wife told me. “But there’s very little shopping, only local crafts. The people are very poor, the Cubans have to make do with what they find, you know.”

“The beaches and mountains are pretty and empty once you leave Havana,” the diplomat said. “Little crime really, nothing like in other places.”

The flight attendant brought out an empty plastic tray.

“You deserve a glass of Champagne being passengers in first class, but regrettably, all I have to offer you is water or Coke,” the older Swiss flight attendant intoned.

The flight only took about 50 minutes. Drinking from my plastic cup of water I gazed out the window and caught my first glance of Cuba and its verdant coastline. The plane overshot the northwestern part of the island by flying south of the airport, then turning back north for the approach into José Martí.

As the plane descended into Cuban airspace, I saw nothing but green. Green fields. Green palm trees and other tropical flora. Green for as far as the eye could see, but no cities, no towns, nothing. I knew Havana was a big city, but on the approach to the airport I saw only lushness, with vague plots of cultivated land here and there and empty, uneven roads.

Crossing Cuban airspace somewhere between Nueva Mariel and Playa Baracoa, the plane had avoided flying over busy Havana entirely. After all, it was a U.S. charter flight—no planeload of imperialists would catch an informative overhead view of La Habana on its approach.

Closer now, I could see small thatch huts, tiny homemade sheds with beaten metal roofs glinting in the hot April sun. A worn wooden plow. A skinny horse. Some rusty tools. There was no machinery, no mechanical anything humming in operation. And in all that green emptiness I saw no one, not a single person in all the landscape from the ocean’s edge to the end of the airport .

As we readied for landing, I could see the edges of the airport, yet still there was no one in sight. The plane slowed to a stop on the tarmac in the middle of the airport’s single airfield, next to a dented fire extinguisher set out in the sun on the concrete. It sat propped against a broken stool.

“Welcome to your first-class arrival to José Martí International Airport, you have landed in Havana, Cuba!” the Swiss attendant gamely said as she tried to smile.

While we waited for workers to push the metal stairs up to the plane, the Ambassador and his wife enjoyed their only first-class perk, a tour of the cockpit by the pilot.

Joining the plane’s small load of passengers, we stood in the airport bus for the minutelong ride to the baggage claim.

As we approached the terminal building I read the huge faded blue letters over the entrance: Patria es Humanidad. Homeland is humanity.

The featured image, taken by the author, is of the José Martí International Airport in Havana, Cuba. “Patria es Humanidad,” or homeland is humanity is a quote from Cuba’s poet, philosopher, and patriot José Martí.

2 thoughts on “One First Class Ticket to Cuba, Please”