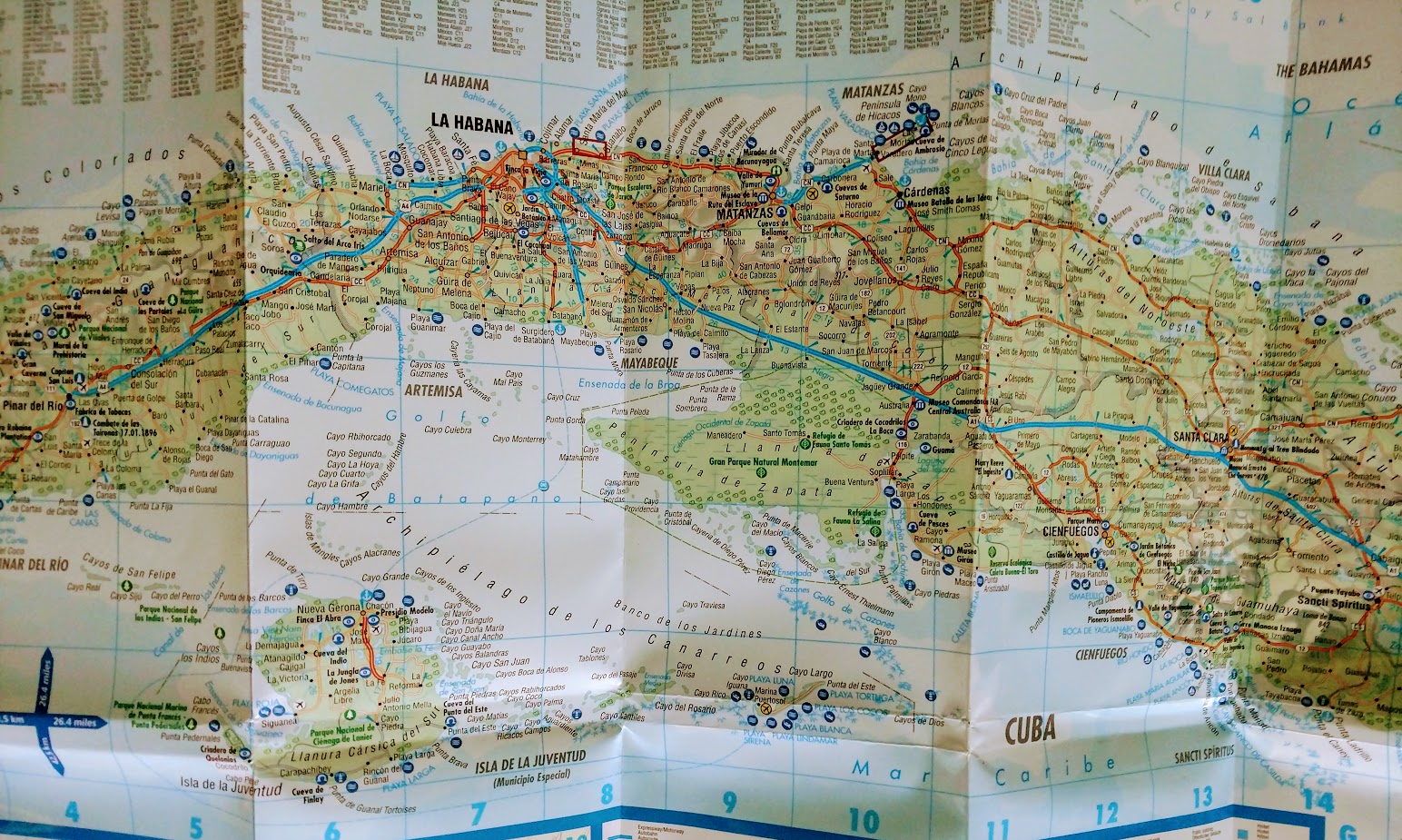 In 10 days I was supposed to fly to Cuba, except I had a problem. Well, two problems.

In late February I had mailed my visa application and U.S. passport to the U.S. Department of State’s Office of Cuban Affairs. Because there was no U.S. Embassy in Havana, visa applications were routed to the Cuba Interests Section (CUBINT) that operated courtesy of Switzerland’s embassy. The U.S. consular section in the Office of Cuban Affairs would ensure that these visa packages were delivered to CUBINT for processing.

In 2013 my friend and former colleague Ed Porner had extended his generous invitation to come visit him in Cuba while he was stationed in Havana as the U.S. Coast Guard liaison. I submitted my proposed itinerary for the two weeks I planned to travel across Cuba, then mailed my Cuban visa application and U.S. passport  to the State Department point of contact and waited.

The two months had gone by with some evidence that the Cubans were doing something with my application. In March I got an email asking me for more information—my parents’ names, as well as their dates and places of birth in Cuba.

This meant my visa application was being scrutinized, just as Ed had predicted.

“Put down ‘housewife’ as your occupation on the form,” Ed advised. “You don’t want to attract any attention.”

I was in transition from my previous career as a defense analyst for the U.S. government which was why I took a year to think about traveling to Cuba. A first-generation Cuban American working for the U.S. government in homeland security issues does not usually decide casually to visit a place like Cuba. There are just too many possible red flags raised on both sides.

Once I decided I would consult and write rather than continue working in defense research, I took Ed up on his invitation.

He did caution me that the last thing I’d want was too much attention from the Cuban security apparatus because of my previous work and still current Top Secret clearance. I listened and cast myself as a first-generation Cuban American housewife visiting Cuba interested in possibly writing a book on Cuban cooking.

As the weeks passed, no package came in the mail for me.

At this point, I wasn’t even focused on getting a visa and going to Cuba anymore. I just wanted my U.S. passport back from the Cubans! With less than 14 days to go before my charter flight to Havana, I had neither in my possession.

A week before my planned departure I finally discovered what had caused the holdup. The postage paid envelope I had included with my package had gotten lost and the Cubans had no way to mail me my passport and visa. My completed package had been sitting in their office for weeks.

The U.S. military liaison helping me, thanks to Ed, let me know he would send my package to me via FedEx. Just five days before I was to leave San Antonio, Texas, to catch the Tampa charter flight going to Havana, I finally had my passport and Cuban visa.

I still had another problem—even after getting my passport and visa back from the Cubans, I had no U.S. Department of Treasury license to visit Cuba legally.

I had submitted my application to the Office of Foreign Assets Control and selected “visiting family and friends stationed in Cuba” as the reason for my trip. Yet, on the day I was flying from San Antonio to Tampa I lacked the government’s letter approving my license to travel to Cuba.

Ed advised me as best he could via email. I could give an “attestation” at the airline ticket counter stating in effect I didn’t need one because I was visiting relatives in Cuba. I could also say I was a journalist doing research for my cookbook.

“The letter should be waiting for you in Cuba,” Ed wrote. But that wouldn’t help me get on the plane in the U.S.

If you ever wondered why group tours to Cuba are so expensive—many costing $2500 or more for just five days in Havana—here’s part of the reason why. The paperwork is byzantine, time consuming, and unpredictable.

So, with one problem resolved and one yet to confront at the airport, I flew to Tampa to get one step closer to my trip to Cuba.

3 thoughts on “Missing: One U.S. Passport and Cuban Visa”